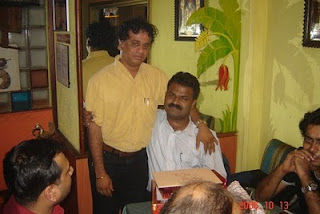 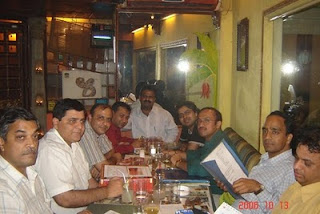 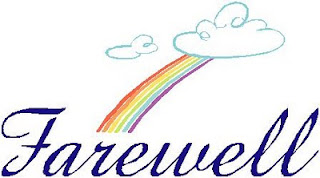 Usually I avoid big parties. It is always boring function for me. The same usual office stuff…with drinks..cocktails..beer..in high end restaurants. Often, in such parties, I feel that I am out of place. But that day I wanted to go. It was a farewell party..that too, of a person whom I respect a lot- Marc.

The atmosphere in the party hall was as usual, filled with loud noises. People greeting everyone, chef cooking hot stuff in the open air, waiters moving in a hurry to serve their guests..and we all gathered in small groups to gossip about the same office environment. Then there was the farewell speech. Everyone praised Marc a lot..which we all know that he deserves more than what is said. Then Marc also made his speech, with all tones of professionalism. For a moment, I felt emotional. While listening to all those, I was taken back through few years, into a restaurant in Mumbai, where I got a farewell.

That was when I worked for Schlumberger. Initially I worked in Delhi. When I got transferred to Mumbai, I thought there will be a farewell. (How I can I ask any one to give me a farewell..all I can do is to expect it from others). But unfortunately nobody even thought of it. Then I flew to Mumbai and settled in the southern suburbs there. In Mumbai division of Schlumberger , I had a family.. a small group of colleagues in the division I worked for. Hardly ten people were there in that group. My boss was my senior from Roorkee. Among others also, there were many seniors and juniors from Roorkke.

Though there were always work pressures mounting on our shoulders , at no point in time I felt that my office environment is causing stress on me. How can I feel so, if the people around me are like family. Yes..it was a small family. Frequently we used to go for movies in the nearby movie halls. We would experiment with all kinds of restaurants serving exotic dishes. We had a nice memorable Xmas party in a beach side shack in 2005. We knew each other's family very well.

I still remember the brief after- lunch walk we used to have, inside our office compound. We would move as a team, cracking jokes and laughing aloud. I knew people envied us. They used to comment on the togetherness within our team and used to wonder why it is not there with their teams. May be somebody wished for something bad to happen within our team? I do not know. But slowly our team started dwindling in number. One after another , people went for other career options. Whenever people left, we all bestowed them with well wishes. We never forgot to give them farewells.

Farewell dinners are always memorable. But it is painful for sometime too. If I now that the person who was with me all these days, is not going to be with me from next day, it will cause heart ache for some time.

I felt that first time, when we gave farewell to a colleague in a restaurant called “Goa Portuguese” . Something nostalgic about that place is the 'one man band' in that hotel. There would be a singer, in his forties may be.. singing in his un- attractive voice, strumming his guitar. But when he sings the old Hindi song…”chalthe chalthe” ..the nostalgia would reach its peak....I don’t know how to say…I would feel so sad..instantly feel the emotional aspect of the farewell..full throttle.

Second time, another colleague decided to leave our team and join another company . I was her mentor in the organization. When we had to decide on the farewell place..I voted for Goa Portuguese. The same place…I wanted to feel the sadness of giving farewell one more time…along with the strumming of that guitar. Only few people could attend the farewell at that time. I knew she was leaving for something good in her career. I was the adviser for her behind that career move. But still.. on that day of the farewell…I felt very bad. For a moment I wished that she may join our team back.

Then it was my turn after many months. I felt that something is not happening right with me in the company I work for. I decided to uproot myself and explore a different territory in the silicon valley of India-Bangalore. There were huge pressure from senior management to re consider my decision. But I didn’t give in. Once a decision is taken, I do not like to back out. Then, it was time for me to leave the company I loved (as it was my first job. It was difficult to arrive at that decision). My beloved friends made a plan to give a farewell. When asked about the choice of the venue, I said…I want that in Goa Portuguese.

We all were in the office till five O'clock in the evening. We cracked jokes…laughed a lot…took pictures in the office premises..everyone was in a happy mood. Then we traveled to Goa Portuguese for the farewell dinner.

Everything went well. We had food and drinks. But slowly some kind of heaviness started creeping in. Knowing that it is a farewell party, the lone singer came and played “Chalthe Chalthe”. For few moments, I could see eyes getting wet and faces taking a serious looks. Me and my best friend Umesh, could not control ourselves. Though we knew that we will be friends for ever..we will be meeting again

somewhere..sometime.., the temporary departure was hurting. Then my boss gave me a gift from the team. Along with that , there was a greeting card where everybody had signed.

Though I tried to control myself, I had to give in to the exodus of emotions. I hugged Umesh and we cried for few moments.

No wonder…farewells always make me sad. Even if the farewell is of a person whom I hardly know..when he or she makes the farewell speech, I get emotional ( crazy me !! )

Do not know how many more farewells I would see and I would get. How many times more I will feel emotional impact of a temporary departure ? No idea.

And..then I will have a last farewell. No clues when it would be... I recall the title of a famous spiritual book by Robin Sharma

“Who will cry when you will die?”